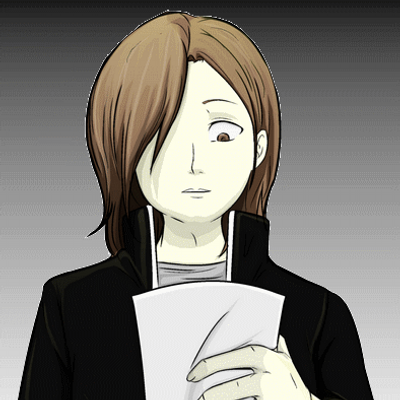 *sigh* (I still can't believe that someone actually put the effort to hack my dead twitter account..)

Much has already changed since the time I've last worked on Đesiderium (plot and art wise). bleh, seriously, how could I have drawn hair like that *looking at the old picture of Raven from years ago*.. seriously smh.

Ravens POV starts much later in a different arc. At the moment the entire story is split into the following arcs:

Oof.. yeah, that's a long series and idk if I ever will be able to make most of it, let alone finish it.. ^^; (I might merge some arcs into another)

At this moment I'm trying to visualize and figure out how to start the prequel arc. I've already got some ideas / a concept on what's going to happen in the first chapters. I might write them down here as well.

There are two main fractions of students attending the Academy - humanoids and beasts. Both fractions have their own representatives/headmasters and residential areas.

Representatives for each fraction:

A brief description on all three types:

(might be obvious, but just to mention: those three types aren't just limited to the Academy i.e. only the students attending it, but they are also overall the main types of aliens appearing in the story.)

Humanoids [◤]: as the name suggests students belonging to this fraction are mostly humanoid (rarely pure human). They may be hybrids of other types with their humanoid traits dominating the other ones. Humanoids rely heavily on knowledge and technology. Purer humanoids have also a much shorter (even shortest) lifespan compared to the other two types (unless artificially extended by technology). Just like the energy-types humanoids were common ancestors for several currently known bigger races like Mythil, Aldaren, Chantris, humanoid Zan-Prixians or even beast-type were-races (like werewolves).

Beasts [◆]: students belonging to this fraction are non-humanoid and, as the name suggests, for the most part have the appearance of animals (cat people, werewolves, bird people, etc.). They may be hybrids of other types with their beast traits dominating all of them. Pure beast-types rely heavily on their physical strength and pack mentality. Compared to pure humanoids they have a longer lifespan but not as much compared to the non-solid types). They take up the majority of students attending the Academy.

Non-solid types [●]: beings belonging to this type are made up for the most part of gas or energy, depending on their subtype. They have the longest lifespan of all other types and the existence of some subtypes (like the energy-type) is limited to the non-material parts of the universe (i.e. dimensions, parallel worlds, etc.). Their interaction capabilities with the material world are limited for the most part (with gas- or liquid-types having it a bit easier). By nature beings of this main type are genderless and can't reproduce unlike humanoids or beasts. (Energy-types) In order to manifest into the material world and interact with it their spectral? bodies have to merge with the bodies of other main types through rebirthing or other methods. Energy-types were the ancestors for many of humanoid- or beast-hybrids, including the currently known races like Mythil, Aldaren, Chantris or Zan-Prixians.

Manifestation methods into the material world:

Rebirth is a recommended and least invasive method of an energy-type manifestation into the material world with a success and survival rate depending on the strength and willpower of the humanoid/beast type (if they are strong enough to contain the essence and powers of the energy-type). Both parties (humanoid/beast and energy) consent to the process and lose their identities and memories once they are reborn as a hybrid. If the original hybrid ends up having children during their lifetime, the powers received by the parent hybrid after rebirth are split and transfered to the children. If the original parent hybrid loses their life all of their powers are passed on to their children. Likewise if the reborn hybrid loses their life before having children, both pre-rebirth parties die i.e. revert/transform into a non-solid state.

Possession: an invasive method commonly used by malicious energy types. The humanoid/beast counterpart loses their memories and identity after a successful possession while the energy-type keeps it. This method was commonly used by early pure-energy-type Zan-Prixians to manifest into the material world. There also could have been cases at which humanoids/beasts have freely submitted their bodies to the energy-types for them to take it (but idk if that would be already considered rebirth because the energy-types would want to keep their identities.. No, it wouldn't be a rebirth because the energy-types would refuse to sacrifice their own identities which in turn would not meet the requirements for the rebirth to happen. But I can imagine that kind of controversy going on in the story.)

Sealing: is a method used by knowledgable and skilled humanoids/beasts (magicians) to seal non-solid-types into objects i.e. like crystals or (rarely) into other humanoids/beasts. It was first introduced as a defensive method to fight Zan-Prixian's mass-possessions (as a way to protect humans/humanoids and later beasts from being possessed by Zan-Prixians). This method is rather uncommon because it's not an easy task to seal non-solid types. Objects/crystals containing the essences of sealed non-solid types can be further used by humanoids/beasts to increase their own strength (to transform into stronger beings). The success and survival rate of that happening is much lower in comparison to rebirth and depends considerabely on the strength and willpower of the host and the circumstances at which the energy-types were sealed into the objects. Most attempts result in death.

Desiderium crystals: they were also created by sealing many energy-type beings into crystals, but unlike with the Zan-Prixian sealings those were decided voluntarily by the energy-type beings, as a non-invasive way how to help a dying Earth and it's population to recover from 'Armaggedon'. (Mankind would discover those crystals on their own and use it.) it's an old idea and maybe I'll change/adjust it to make it fit better into the overall story

(damnit.. do we really need Armaggedon to happen ? Like how I've imagined it ? with the aldaren virus going on ? Damn you, Covid-19. Stop using my story ideas in real life ffs. *rewrites story* y'know, on second thought I might abandon the aldaren virus idea and make it so that mankind had discovered the Desiderium crystal during the modern era and it were the Desiderium crystals which almost caused Armaggedon - because corrupt humans used it to boost themselves with it, to manipulate its side effects via science, rich people became richer on it - the desiderium crystals could have become something like an oil replacement, an commodity above all other commodities. Oil would become obsolete.) But.. when I think about it, it kinda would ruin the initial incentive by the energy-types to help mankind by sealing themselves into the crystals.

Or... perhaps it could been setup by them as a test..

A test to see if the Earth population is worthy of becoming a new advanced race with supernatural powers (much like the Mythil or Chantris). The side effects of the Desiderium would expose the best or worst personal traits and inner desires of their hosts and multiply them.

But as time would go on mankind would get itself on the verge of failing the test (despite the draconian siblings's arrival and assistance), leading almost to extinction, but then a new alien race would descent on Earth (Emperor Valent and his, soon so called, Terran-Chantris race) and bring back order. He would soon create the Human Empire, taking most of the barely surviving pure humans under his wing and banishing the new human-desiderium hybrids (later called Isar) from the Empire. The banished Isar would all get together and claim their own territory.

A little background on the Terran-Chantris:

Btw. the 'Terran'-Chantris are actually a Chantris branch (lead by Valent sin Iquas), which over time has become hostile towards Ishadis's branch and more accepting of the harsher Mythil ideologies. The Terran-Chantris used to live once together with Ishadis's branch on Chantre, but (perhaps) due to the increasing numbers of aldaren invasions (and also maybe due to the Queen's death), this particular branch decided to leave Chantre and get everything into their own hands. Before they've left maybe there was also a civil war going on between the two branches (as if the aldaren invasions weren't enough already..). Little was known about them ever since they've left Chantre but with time they've become an independent race with a their own features (and they should have gotten a proper race name but until now I couldn't think of any lol xD)

Terran Chantris are also more diverse in regards to charms or appearance (I guess I could say that T.Chantris are a bit closer to Mythil than Ishadis's branch (where's a dominance in reddish eye-color).

As per new ideas regarding the sub-story related specific to the Terran-Chantris race, perhaps instead of placing the story on a post-armageddon Earth I could place the story either on different earth-like planet with more extreme environment or perhaps even in a whole solar system - with the Iquas brothers ruling over different planets ~ yk, since the early arc include interplanetary stuff anyway, why focus everything on the Earth ?

Or... I could tell a pre-story about the T.Chantris prior to their arrival and colonization of post-armageddon Earth. The one's arriving at Earth would be Shannon and other T.Chantris from Shannon's planet (without Nigel's group). The whole backstory regarding Valent, Shannon and Nigel would take place in a different solar system.

For example Shannon could rule over a earth-like planet which would be inherited to him after his father's death (and some drastic galactic changes would force Shannon's TCHs to leave their planet and settle down on Earth later). Nigel at the other hand could "rule" over a smaller, less populated icy planet more distant from his homeplanet. The majority of the planet's population would be canine humanoids (werewolf-like race). His research group and family (Asriel) would be the human-like there. Also Nigel wouldn't really rule over the icy planet, he would more act like it's protector and TCH. representative. (btw. as for an idea how the icy planet could look like - a good example are icy planets in NMS).

PROLOGUE / The story would start off with a prologue showing how the 3 siblings Tyrhian, Raszal and Zoey appeared on the early academic planet run by Woyadi Griffon. Only a small part / first half would be shown of it - the duststorm, lockdown of the academic ground, discovery of the Tyrhian outside of the barrier, shock of the academic residents and leaders - (the prologue would be told by Griffon, would be from his POV).

CHAPTER 1 / After the prologue there would be an introduction to the Chantris side - planetary invasions by the Aldaren race, eradication of the invaders by Ishadis and the planetary/royal defense, chantris round table, Mirsea's assignment to the Academy by Ishadis.